Why do Management staff need to be fraud, bribery and corruption aware?

A significant percentage of fraud committed against the NHS is opportunistic, occurring as a result of a lack of, or failure to apply, adequate controls. Such fraud can come to the attention of management staff in the course of your work.

Any member of staff could potentially become aware of practice that they think is wrong, however you, as managers of staff, are ideally places to contribute to the prevention and detection of fraud, bribery and corruption because of the compliance and control function you perform on a daily basis.

It is therefore important that management staff understand the implications of your role and responsibilities and know how to react when you have, or become aware of concerns.

The Chief Executive and Director of Finance are jointly responsible for ensuring compliance with the strategy and the related NHS Counter Fraud Authorities Standards for Commissioners and Providers. The Director of Finance and the Audit Committee oversee the work conducted by the CFS.

Is the NHS Anti-Crime Strategy effective?

£30 million the potential value of all cases under investigation as of 31st March 2017;

£9.6 million of identified loss to the NHS through Fraud, Bribery and Corruption following the successful conclusion of investigations by NHS Counter Fraud Specialists;

196 civil, disciplinary and internal sanctions were applied; and

£4.1 million was restrained using the Proceeds of Crime Act 2002 (which ensures that no profit is made from criminal acts).

As managers, you are responsible for the first line of control and compliance checks for your staff in 3 prevalent fraud areas in the NHS:

You will frequently be made aware of concerns held by staff in your department. It is important that you recognise circumstance which may indicate fraud, bribery or corruption is being perpetrated and ensure it is reported to the CFS immediately.

Why Does Fraud Occur?

Relatively few frauds are committed by professional fraudsters or organised criminals, and many aren’t even premeditated. The reality is that many people possess the capacity to commit fraud under the right circumstances. The likelihood of a person omitting fraud depends on: 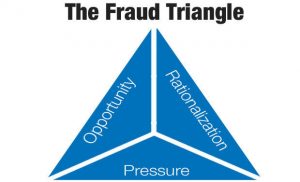 Pressure/Motivation to engage in misconduct. An increased financial pressure on individuals and/or organisations, which results in a motivation to commit fraud.

Opportunity – The ability to abuse an organisational weakness, either physical or procedurals. It is essential that opportunities to commit fraud are reduced.

Rationalisation – The majority of fraudsters are first time offenders and do not see themselves as criminals. They will therefore use a rationalisation such as “I was only borrowing the money” to justify their actions.

The most common offences under the Fraud Act 2006 are:

Fraud by False Representation – Making an untrue or misleading representation in order to make a gain for themselves or cause loss to another.

Fraud by Failure to Disclose – Failing to disclose information which a person is under a legally duty to do so in order to make a gain for themselves or cause loss to another.

Fraud by Abuse of Position – A person occupies a position in which they are expected to safeguard the financial interests of another, abuses that position in order to make a gain for themselves or cause loss to another.

Bribery is the offering of an incentive to someone in order to make them do something that they wouldn’t normally do. In the context of the Bribery Act 2010, the offence refers to both the acceptance and the offer of a bribe. It does not matter if the briber was accepted or not.

Any individual associated with an organisation acting in such a way may be prosecuted under the Act for a primary bribery offence, or for conspiracy to commit the offence with others.

Organisations will be exposed to criminal liability, punishable by an unlimited fine, for failing to prevent bribery.

The Ministry of Justice published principles and guidance on 30th March 2011 on the procedures which employers can put in place to prevent bribery by their employees, consultant and contractors.

They consider that adequate procedures should be informed by the following six principles:

Members of the management team are ideally placed to ensure all of these principles are applied within the organisation.

Why is Fraud, Bribery and Corruption Prevention Important?

Fraud, bribery and corruption not only have a potentially huge financial burden on the NHS, but also a much more personal impact.

It is widely accepted that organisations function better when staff feel that they are all working for the same purpose, they feel motivated, appreciated and part of a team.

Morale can be severely affected if staff feel a member of the team is seen as letting the side down, or if they believe that suspicions reported are not addressed appropriately.

The following case studies give real life examples of fraud committed within the NHS in the three prevalent area’s detailed earlier:

With examples of controls and compliance measures to prevent this type of fraud occurring.

Please consider the following questions whilst reading the case studies:

Does my team/department fully employ the control and compliance measures in these areas?

If not are there areas within my team/department that may be at risk of fraud? 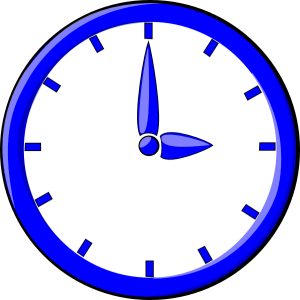 An anonymous informant contacted the NHS Fraud and Corruption Reporting Line to report that a modern matron may be committing fraud by claiming various overtime for hours not worked. Enquiries were made by the CFS which indicated that the matron was claiming the majority of the overtime bill for nursing/midwifery staff for the entire Trust.

The matron had claimed for overtimes whilst on sick leave and on holiday and also for full shifts when only a part shift had been worked. The CFS established that the matron had inserted extra hours onto their claim form after authorisation. The matron submitted all claims to a lower grade employee and had also forged signatures.

The CFS established that the matron had defrauded  total of £10,000.00 from the Trust.

Controls and Compliance Procedures that could have prevented this fraud from occurring: 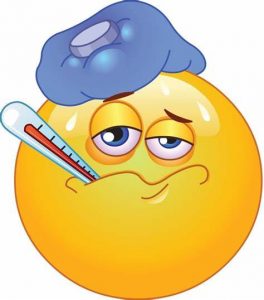 A Band 5 nurse was on long-term sick leave from their position at an NHS health body because of back-related medical issues. They worked as a locum nurse for a private GP and also assisted with fitness tests for the Ministry of Defence as well as working at a local private hospital. Whilst off sick from the NHS they carried out work for their other employment as received sick pay, meaning they were effectively being paid twice. The health body also had to pay for locum cover for their post at a higher rate than would have been paid for a substantive replacement.

Controls and Compliance Procedures that could have prevented this fraud from occurring: 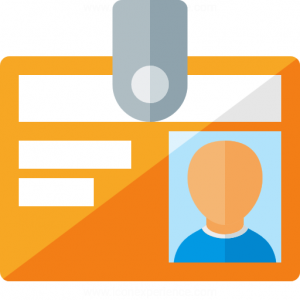 The subject arrived in the UK in 2001 as an asylum seeker from Afghanistan. Asylum was initially refused but they were given indefinite leave to remain upon appeal and later became a naturalised British Citizen. The subject misrepresented their qualifications to several CCGs in order to work as a HCA and later a locum GP.

The subject registered with the BMA as a refugee member soon after arriving in the UK claiming to be a qualified doctor. This allowed them access to on-line courses and support which gave them a spurious and superficial air of legitimacy. The deception did not come to light until a pharmacist questioned why the subject was not registered on the NHS approved list of accredited doctors.

Investigations confirmed that the subject had never registered with GMC, did not have any official medical qualifications and had falsified details of previous employment in the EU and Pakistan.

Controls and Compliance Procedures that would have prevented this fraud from occurring:

What should I do if I think I have identified Fraud, Bribery or Corruption?

… make sure you inform the CFS immediately

… make notes of what you know/heard/saw

… start an investigation or discuss the matter with the subject without first speaking to the CFS.

You may also call the National NHS Fraud and Corruption Reporting Line (open 8am – 6pm) Freephone 0800 028 40 60 or report online at www.reportnhsfraud.nhs.uk